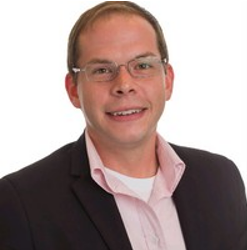 Eric started his career as a front desk agent in 2008 with Interstate Hotels and Resorts.  After years in the industry, he graduated from the Culinary Institute of Charleston, majoring in Hospitality and Tourism Management.  This led him to take on the role of Guest Services Manager for the fourth largest Marriott property in Charleston, SC.  Eric was also a Director of Rooms/Operations Manager and opened the Residence Inn, Summerville.  Shortly after this, he became a Dual Director of Rooms/Operations Manager for the Residence Inn and Courtyard by Marriott in Summerville, SC.

In Eric’s free time, he enjoys cooking for family and friends, watching documentaries, and spending time at the beach, on a surfboard.